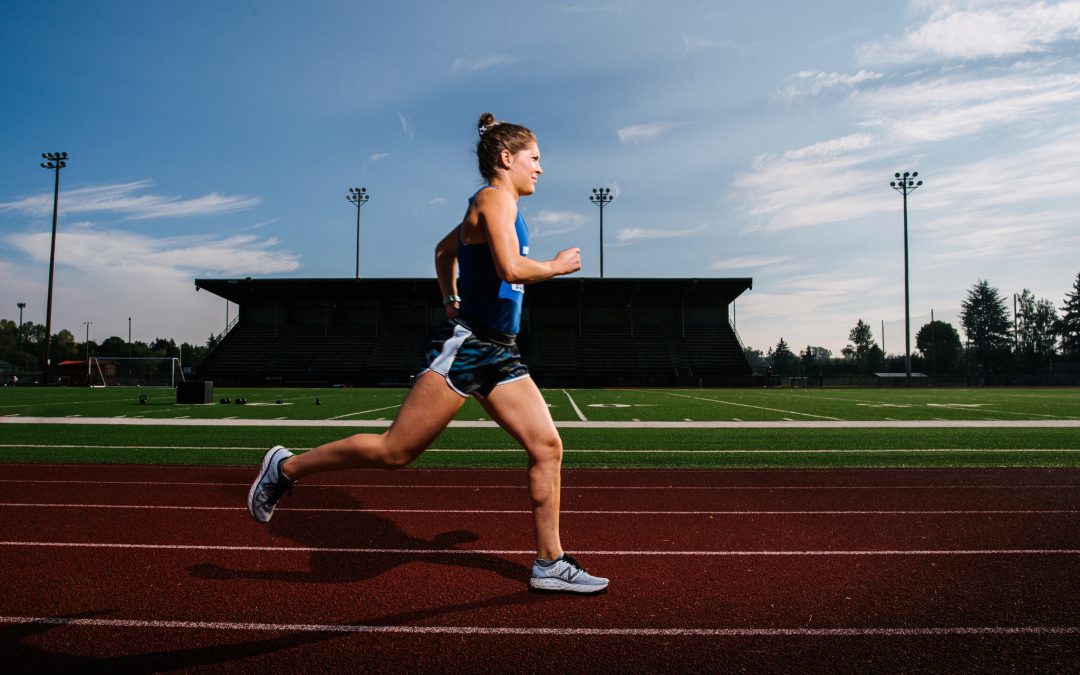 Have you ever wondered what’s happening inside your body when you’re on a run? It’s easy to envision our lungs cranking out oxygen, muscle contracting, heart beating at what seems like 300bpm, and our brains trying to find an excuse to quit because geez it’s so painful. I bet you’ve never imagined your red blood cells being decimated by each foot-strike that you make while running.

This fascinating phenomenon- the shattering of red-blood cells from our body’s impact on the ground- is called footstrike hemolysis and it has a significant impact on total red blood cell count that is often overlooked in the running world. While aerobic exercise increases your red blood cell storehouse, the specific movement of running also results in the destruction of red blood cells.

Footstrike hemolysis is a leading cause of why many runners are deficient in iron, seeing that iron is located within our red blood cells and a fundamental ingredient for the production of creating new red blood cells.

Iron deficiency is a common occurrence among athletes, especially runners. Many runners are familiar that extensive running can lead to an iron-depleted state. But few runners actually know why their iron stores are plummeting. The battle for obtaining and sustaining optimal iron levels is often faced with vagueness and ambiguity as to why iron levels are fading. So let’s take a look at some factors that could be contributing to a runner that is drained of the primary fuel for oxygen transportation.

Let’s do some math. It is estimated that an average runner takes 1400-1700 steps per mile and a collegiate distance runner logs in 80 miles a week (this mileage is actually on the low end for cross country runners). Now if we multiply the steps by weekly mileage, runners are taking 112,000 running steps a week and over the course of a year, collegiate runners’ feet strike the ground 5,824,000 times.

Now let’s suppose an average male runner weighs 135lbs. That’s 786,240,000 pounds of impact on the body over the course of a year. The perpetual compression from foot-strikes from running leads to the demolition of red blood cells, which also culminates in iron deficiency.

After you’ve completed a run, your body is regulating and shifting the levels of various hormones. For example, the “runner’s high” can be accredited to an influx of dopamine and serotonin that occurs post-exercise. These mood-boosting neurotransmitters raise optimism and overthrow depression- endorsing running to be extremely beneficial for mental health. Also as a result of exercise is the increased presence of hepcidin, which is an iron-regulating hormone.

Hepcidin inhibits iron transportation, so the greater volume of hepcidin leads to a lesser amount of bloodstream-bound iron.

If you’re supplementing iron into your regimen, it’s recommended to take iron at least six hours post-workout because the increased presence of hepcidin has the ability to manipulate and discourage proper iron transportation and absorption directly after a run. This is something that most doctors and dieticians don’t know when recommending iron supplementation and is a leading reason why many athletes are frustrated as to why their iron levels plateau well below the optimal iron range.

Intense exercise comes with intense results. Obviously, logging in the winter miles on the road will get you looking lean and fit for the summer beaches. But there’s more transformation than meets the eye. The internal modifications that occur as a result of running are less sexy than the aesthetic effects.

When runners are putting in extensive mileage, it’s not uncommon to lose blood via the urinary and GI tract. GI tract bleeding could be caused by two factors; a decreased blood flow to the GI tract or an increased amount of hydrochloric acid that breaks down the GI tract and causes bleeding.

A combination of the two is also very likely to rise in elite-level runners who train continually. Many runners report that their urine tints red after a race or an intense workout. This blood-loss manifestation via the urinary tract is called hematuria. Similar to the GI tract, hematuria could be attributed to two mechanisms; mechanical trauma of the bladder and or kidney walls or a decreased kidney blood flow which transpires as a product of intense running. Sometimes hematuria can be visible, but the blood loss associated with the urinary tract is more than often microscopic.

As presented above, it’s more than likely that your iron levels are not within the given range that allows for peak athletic performance to be achieved. If you’re a runner wanting to thrive and reach new personal bests, it’s absolutely essential that you are supplying your body with endurance-elevating nutrients. Iron is the backbone of all aerobic exercise.

Oxygen literally cannot be transported without iron. Iron has no backup mineral or vitamin capable of doing its job, making it fundamentally important that runners are equipping and fueling themselves with iron so that optimum performance doesn’t have to stay at bay.