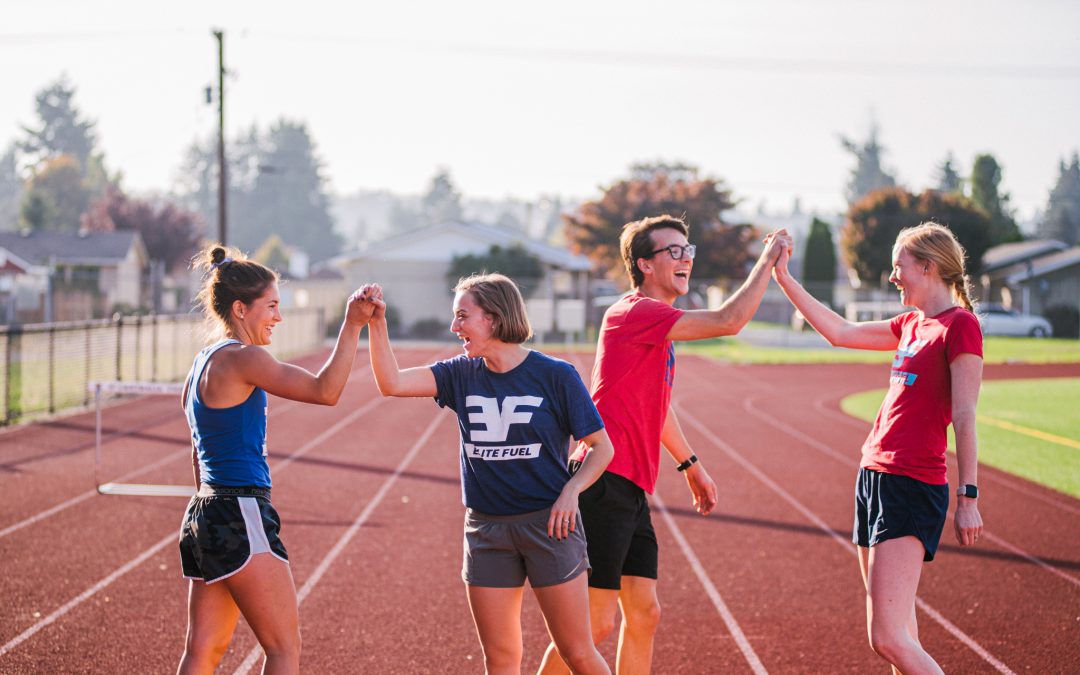 Are you a distance runner with the desire to get faster but no matter how hard you’re working, you feel more burnout and exhausted than fast and furious? When you’re racing in a 5K, do you feel drained or fit and capable of reaching your desired race splits? Maybe your goal is to run collegiately or even professionally but your goals seem out of reach because of how worn out you feel.

Surprisingly enough, this seemingly helpless feeling of having no gas in the fuel tank is not uncommon among endurance athletes.

For distance runners, especially female distance runners, this state of feeling like you have no gas in the fuel tank is because, quite literally, you do not have enough gas in your endurance engine to compete at a high level.

What do we mean by endurance engine?

Your endurance engine is the way your body obtains, manages, and transfers the fuel required for all endurance exercise: oxygen. Without oxygen, your muscles can only last roughly two minutes before they start to breakdown. But with oxygen, your body can endure physical activity for hours, hence the name endurance running.

Now you might be wondering, “Oxygen is all around me, how am I not getting enough of this so-called endurance fuel?” The answer is quite simple. You are lacking iron. While oxygen technically is the gas that fuels muscular tissues, its value depends upon the presence of iron.

Iron enables red blood cells to bind to oxygen in the blood so that oxygen gets to where it needs to go.

If you are low in iron, oxygen cannot be transported to your fatigued muscles that are starving for a meal of oxygen molecules.

Iron deficiency is the world’s leading nutrient deficiency so it should not surprise us that many of us are lacking it. But what is even more intriguing is that endurance running reduces iron stores quite considerably. As runners commit to laying down more miles and pushing through intense workouts, iron starts to break down through a number of different ways that are triggered via distance running which you can read more about here.

If you have been distance running consistently for over a year, odds are your iron levels are below the optimal range necessary for having a lively and fit endurance engine.

Your workouts and races do not have to be dominated by exhaustion and fatigue. By attaining ideal iron levels, you can reverse these unwanted results by fueling your endurance engine so that you can run fully fueled. Personal bests and medal-worthy performances don’t have to stay out of reach because of iron deficiency.

We recommend testing ferritin, CBC, iron, and TIBC levels. This inexpensive test will give you the insight you need to know whether or not your iron levels are in the optimal range for becoming the endurance powerhouse you wish to be.